Nonrenewable resources, specifically fossil fuels, are some of the main energy sources used in China. Fossil fuels include coal, natural gas, and crude oil. These fuels are burned to power factories and vehicles and to heat homes, along with a number of other uses (Wang & Liu, 2014, p. 1267). This site explores the environmental effects of burning these fossil fuels in China, focusing specifically on Beijing as a case study where air quality and subsequent quality of life is affected. It also looks into the environmental activism that has sprung up around these pressing issues.

A coal miner in Xiangtai, China. Coal is one of the main fossil fuels used to produce heat and energy in China. Photographer, Z. Hart. Coal Miner in Xingtai, China. 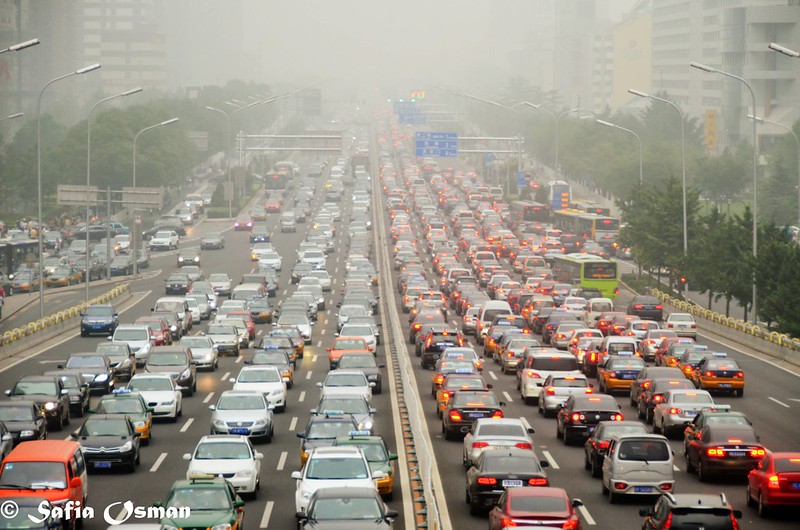 An imagine of the heavy traffic on an eight lane highway in Beijing. Photographer, Safla Osman. Beijing Traffic.